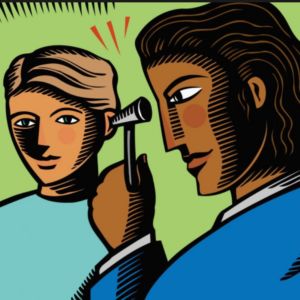 As early as the first few months of life, hearing ability is crucial for development in children, especially in the areas of language and speech. Until recently, hearing issues in small children went largely undetected until the age of two years old–and this only when the child failed to begin talking on a normal schedule.

Research has indicated, however, that if hearing loss can be detected prior to six months of age, the child will have a much better chance of developing normally than if it is detected later. Now it is common practice in hospitals around the country to conduct infant hearing screening, and hearing loss has been treated and arrested at much younger ages than before.

Children have been exposed to more excessive noise in the environment, which is the main cause of hearing loss in children. Unfortunately this damage to hearing is permanent, so the only current solution for noise-induced hearing loss is prevention.

Besides noise-induced hearing loss, there are other types of hearing loss with various causes. And hearing loss can be conductive, sensorineural or mixed. Whatever the cause or type of hearing loss, it is important for parents and other caregivers know the signs so hearing loss in children can be halted and treated as soon as possible. Undiagnosed hearing damage can cause emotional and developmental issues in young children.

Congenital hearing loss is damage that was already present at birth. Causes can range from genetic and non-genetic factors, and are not always easy to identify.

Non-genetic factors can include birth complications, viruses and infections, or lack of oxygen during birth. Premature babies can also be at risk of hearing loss because of medications they may be given to help with respiration and other life-sustaining measures. Brain disorders and nervous system issues can also result in hearing damage, as can the use of over-the-counter pain medications by the mother during pregnancy. Maternal infections, diabetes, smoking or alcohol abuse during pregnancy can also cause issues.

Hearing loss can also be acquired, caused by various factors. These may include exposure to loud noise, untreated ear infections, second-hand smoke, head injuries, over-the-counter (ototoxic) medications, a perforated ear drum, infections such as meningitis, measles, mumps or whooping cough, or other diseases.

Middle ear infections can also cause transient hearing loss, which while temporary, can interfere with development as well.

Most hospitals perform hearing screening on infants within hours of birth, but sometimes hearing loss is not detected or it is developed later. If you suspect your child has an issue with hearing, have him or her screened by a pediatrician soon.

Watching for hearing and speech milestones as they grow can help you monitory your child’s hearing ability and progress. Here are a few milestones listed by ASHA:

From birth to four months, a good indication that your child has healthy hearing:

From four months to nine months, your infant should:

From nine to 15 months, your infant should:

Older children could also acquire hearing loss that is either permanent or temporary. Here are some things to look for if you think your toddler or preschool-age child might have hearing loss: