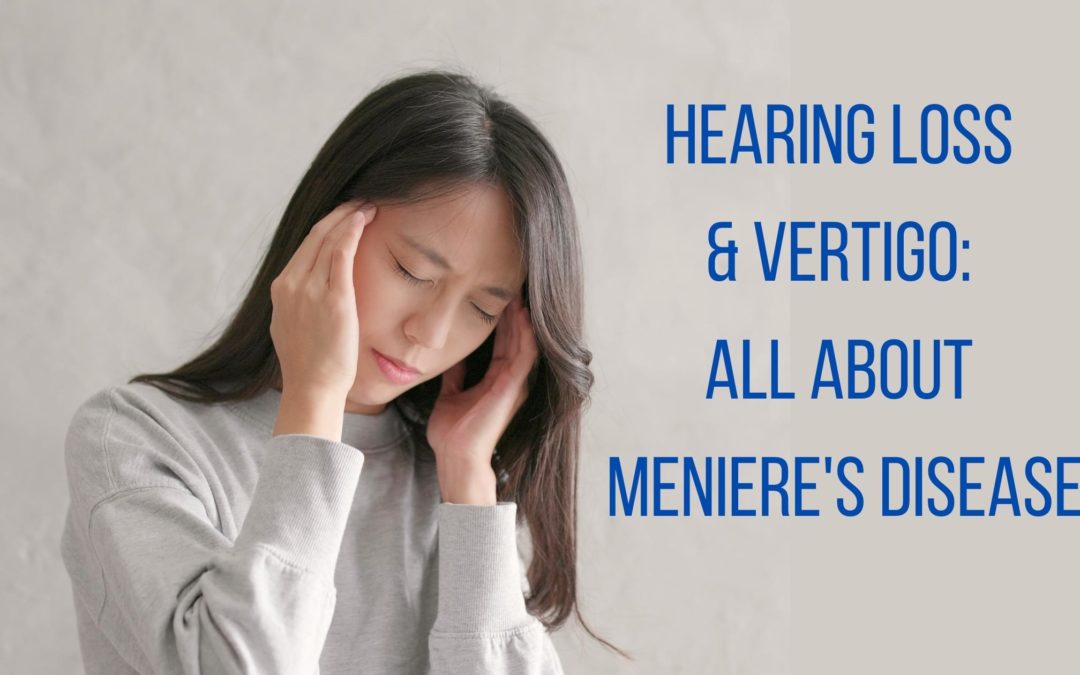 Hearing loss affects over 48 million Americans today. While it can start from birth or come about through injury or illness at any point in a person’s life, it is most common for hearing loss to become a problem for older adults. Indeed, nearly 100% of centenarians have hearing loss, suggesting that if we live long enough, all of us will lose our hearing at some point.

Meniere’s disease is a special kind of ear ailment that can cause hearing loss and a number of other problems related to the inner ear. While it is far less common than other forms of hearing loss (it affects about 615,000 people in the U.S., accounting for about 1.28% of cases of hearing loss), one should be on the lookout for its symptoms in order to aid in diagnosis and treatment when it does occur.

While Meniere’s can happen to people of any age, it most commonly strikes those in their 40s and 50s. While there are techniques to manage the condition, it is unfortunately incurable.

What Is Meniere’s Disease?

Meniere’s disease is characterized by an excessive amount of fluid in the inner ear. While our inner ear is full of fluid under normal circumstances (a fluid called “endolymph”), Meniere’s seems to be an excess and overflow of this fluid, or could be the result of other fluids breaching the inner ear and becoming trapped there. In addition to or possibly because of this excess fluid, the condition can also involve a swelling of the cochlear tissues.

Meniere’s disease almost always occurs in just one ear, and symptoms tend to be episodic, meaning they occur for a while and then stop for a while (usually they last for 20 minutes to four hours). Here are the symptoms, usually presenting in this order:

To reach a diagnosis of Meniere’s, you must experience tinnitus, hearing loss and vertigo together on more than one occasion. Symptoms will have different severity in each person; it may be that vertigo is the most intense symptom for you, while someone else experiences tinnitus as the dominant symptom.

Some people may mistake the effects of an allergy for Meniere’s disease, though it is possible that the allergy may develop into Meniere’s disease. Diagnosis is complicated, and can take some time to confirm. People with Meniere’s will usually experience a number of episodes in a relatively short span of time, with long periods of remission in between, so it can take a while to determine that there is a chronic illness at work, rather than a temporary condition that has subsided.

Causes and Triggers of Meniere’s

While there is no one thing that causes or predicts Meniere’s, the following list comprises all the possible causes, triggers and risk factors:

As you can see, there are a wide range of conditions and behaviors that can predict Meniere’s disease. Modifiable risk factors include smoking (also a strong predictor of sensorineural hearing loss), alcohol use, and some lifestyle choices that can exaggerate stress and anxiety.

Because Meniere’s is so unpredictable, patients will frequently suffer from depression and/or anxiety. These conditions are understandable, considering that a person with Meniere’s doesn’t know where or when their next episode will come. Meniere’s frequently causes issues for people at work or in public, and the worry about whether an episode will come at an inopportune time is very disruptive to a person’s daily life and emotional state.

Treatments for Meniere’s have not been studied extensively, but there are a few suggestions that anecdotally show promise, seeming to have helped some patients.

Talk to your doctor about Meniere’s and what steps you can take to reduce and treat the symptoms in your case. They will likely suggest that you see an audiologist and procure a hearing aid for the affected ear. Meniere’s can be very disruptive to a person’s life, so please take the necessary steps to reduce its effects as much as you can.