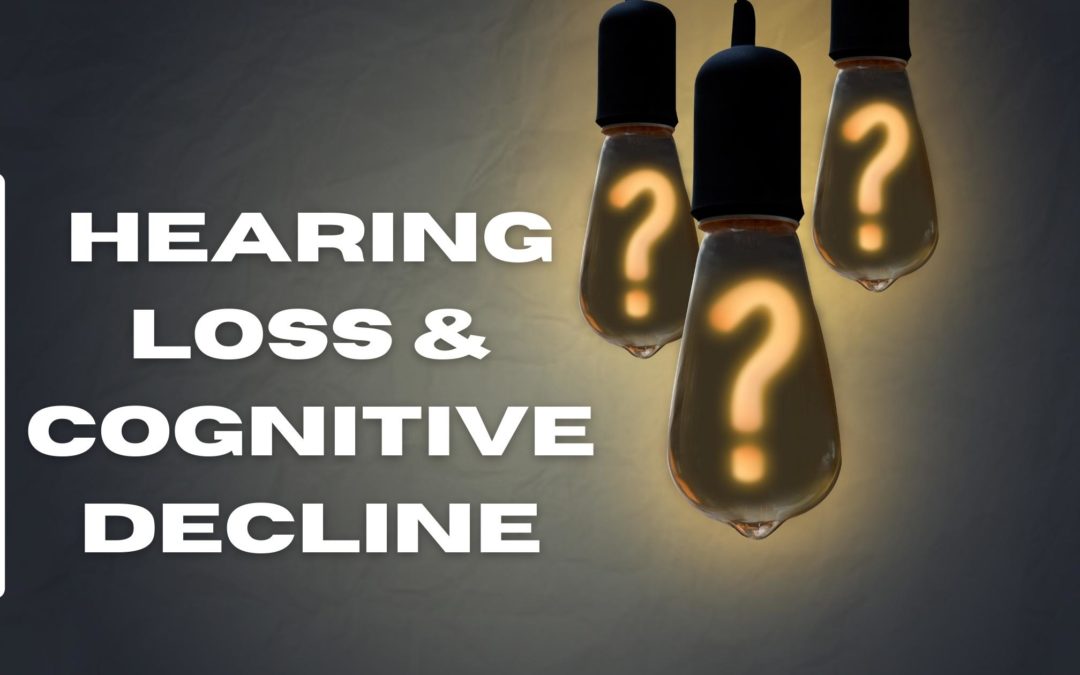 Do you suffer from hearing loss? You may think it interferes with just hearing but it’s a lot more serious than that. Untreated hearing loss is a communication barrier that can quickly unravel into rifts between loved ones and at work. Over time an ignored or undiagnosed hearing impairment can turn into chronic depression, anxiety as well as loneliness. Even more alarming, researchers are discovering information that links hearing loss to cognitive decline and even dementia.

The Rising Risk Linked to the Degree of Hearing Loss

A study from the Brigham and Women’s Hospital and Harvard Medical School, both in Boston, MA analyzed 8 years of data from a health study that included over 10,000 subjects. Based on the data, the study determined that hearing loss can cause cognitive decline, and the more severe the hearing loss, the higher the risk. Hearing loss is measured in decibels. A hearing loss of up to 20 decibels below the hearing threshold is still considered to be normal hearing however anything above this means you have some degree of hearing loss

Mild hearing loss: Hearing loss of 20 to 40 decibels. You may struggle to hear certain quieter voices and children and miss consonants. You may catch yourself asking people to repeat themselves sometimes

Moderate Hearing Loss: Hearing loss of 41 to 60 decibels. Consonants and some vowels are lost or hard to hear. You can hear but not always understand.

Moderately Severe Hearing Loss: Hearing loss of 61 to 80 decibels. You must use hearing aids or speech is difficult to understand.

Profound Hearing Loss: Hearing loss of more than 81 decibels. Close to deaf or deaf, it is often impossible to hear sounds such as engines, traffic, or airplanes.

“Our findings,” says lead study author Dr. Sharon Curhan, who works as a physician and epidemiologist, “show that hearing loss is associated with new-onset of subjective cognitive concerns which may be indicative of early-stage changes in cognition.”

As cognitive decline progresses it can turn into dementia — a set of progressively declining cognitive diseases, which affect at least 3 cognitive functions such as memory, behavior, and attention. Currently, it is estimated that there are at least 50 million people affected by this disease and it is feared that this number will rise in the next 30 years if there is not a change in trends. There is no known cure only treatments for dementia so it’s important to catch it as early as possible.

Hearing Loss is a Modifiable Factor for Dementia

The World Health Organization (WHO) has identified several lifestyle factors which are modifiable to prevent the risk of dementia. One of these factors is treating hearing loss. When hearing loss sets in, we are left with gaps in our hearing – in words and sentences. This causes our brains to strain to fill in the gaps. It also causes our brains to overcompensate for what they can’t hear, borrowing functions from other parts of the brain which are usually devoted to other tasks. Over years, as hearing loss goes unaddressed, the parts of the brain which are not stimulated due to loss of hearing can atrophy or shrink, paving the way for dementia.

When we treat our hearing loss, we can lower the risk of dementia by amplifying the sounds we may have lost. The sooner you can identify a hearing loss, the more likely you can lower this risk. Schedule a hearing test today and help join the fight in preventing dementia now.