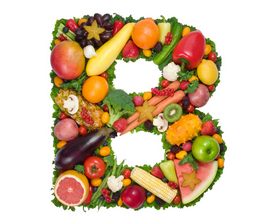 Imagine a world in which you could take a vitamin supplement before a rock concert and minimize your risk of damaging your hearing, both in the short and the long term. Sounds too good to be true, doesn’t it? At the moment, of course, it is. However, researchers at Weill Cornell Medical College and the Gladstone Institutes have discovered that a chemical called nicotinamide riboside (NR) does prevent short- and long-term hearing loss in mice, whether it was given before and after they were exposed to loud noise.

The results of the research were published in the most recent edition of the journal Cell Metabolism. The chemical in question is related to the common vitamin B3.

According to Samie Jaffrey, a professor of pharmacology at Weill Cornell, the results of the study were “pretty remarkable. [The hearing of the mice] was as though they had never been exposed to any noise at all. And we could even give the compound even shortly after noise exposure.”

Lead study author Kevin Brown, who was then a researcher at Weill Cornell and is now an associate professor at North Carolina School of Medicine, stated that “This discovery identifies a unique pathway” to “managing disorders of the inner ear, including hearing loss.” He and his colleagues further suggested that the study could lead to investigations into NR’s potentially broader applications, including as an anti-aging agent.

While this NR study does show great promise for the future, noise-induced hearing loss remains a very real concern for millions of people currently. Many people believe that they can avoid noise-induced hearing loss by not attending loud concerts or using earbuds or watching television at loud volumes. Although these measures certainly help, noise is a problem for virtually anyone who lives in a bustling city, who drives on busy freeways, or who uses basic household or outdoor appliances. Noise is all around us, and hearing protection such as earmuffs and ear plugs can go a long way toward helping us preserve our hearing, even when it comes to something as simple as using the blender or mowing the lawn.

For further tips on how you can protect your hearing, we invite you to contact Los Gatos Audiology & Hearing Aid Center, serving San Francisco, San Jose, and the entire Bay Area today.