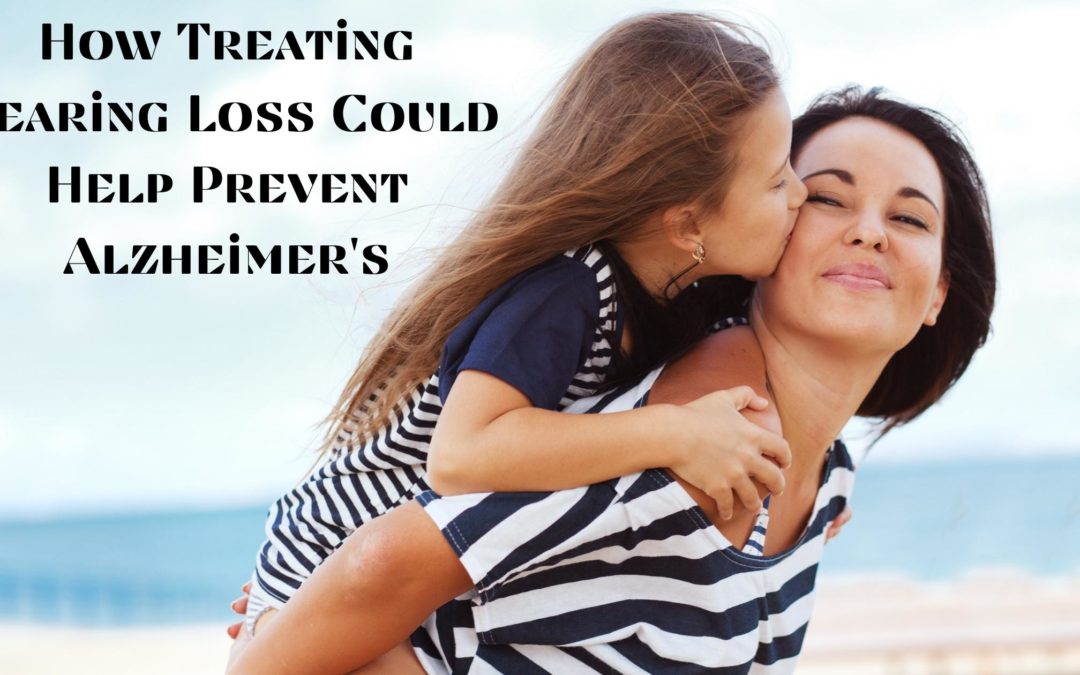 Alzheimer’s is the most common form of dementia, a range of conditions that reduce cognitive functions. The Alzheimer’s Association estimates that over 6 million people have Alzheimer’s in the U.S. – a number that is expected to significantly increase, reaching 12.7 million by 2050. Alzheimer’s is a progressive medical condition that deteriorates cognitive functions over time. This includes memory, decision making, learning, completing tasks, etc. This affects relationships, social engagement, and the capacity to navigate daily life independently. Because there are no cures for Alzheimer’s, identifying risk factors that can be modified is an effective way to prevent or delay its development. Treating hearing loss is an incredibly useful way to not only improve hearing health but also prevent cognitive decline.

Link Between Hearing Loss and Dementia

Hearing loss not only happens in the ears but also in the brain. Extensive research shows that untreated hearing loss can affect the brain in a variety of ways that contribute to declining. This includes a significant study published in 2019 that examined the link between hearing loss and cognitive decline. Researchers at Brigham and Women’s Hospital and Harvard Medical School conducted this study which included over 10,000 participants who were 62 years and older. Data about their hearing ability and cognitive capacities were collected for 8 years. After analyzing this information, researchers found that people with hearing loss were way more likely to also experience cognitive decline.

Compared to participants without hearing those, the cognitive decline among those with impaired hearing was:

This study reveals that people with severe hearing loss were more than twice as likely to develop cognitive decline. Researchers suggest a few reasons for this correlation:

Untreated hearing loss can take a toll on brain health. It increases the risk of experiencing cognitive decline and related conditions like Alzheimer’s disease.

Treating hearing loss offers countless benefits that can transform overall health. The most common treatment for hearing loss is hearing aids. These instruments are equipped with innovative technology that is designed to absorb, amplify, and process sound. This provides the ear and brain with ample support, making it easier to hear and navigate communication. Not only does this strengthen communication, improve relationships, and enrich social life; but it also enhances brain health. Hearing aids strengthen cognitive functions, reducing the risk of experiencing cognitive decline. Several studies highlight the benefits of hearing aids on brain health including:

Hearing aids provide significant support that maximizes hearing capacity. This provides numerous benefits that improve hearing and brain health. Treatment can reduce the risk of cognitive decline and the development of conditions like Alzheimer’s. This is an incredibly important preventative measure that can drastically enhance the quality of your health and daily life.