A Link Between Hearing Loss & Dementia 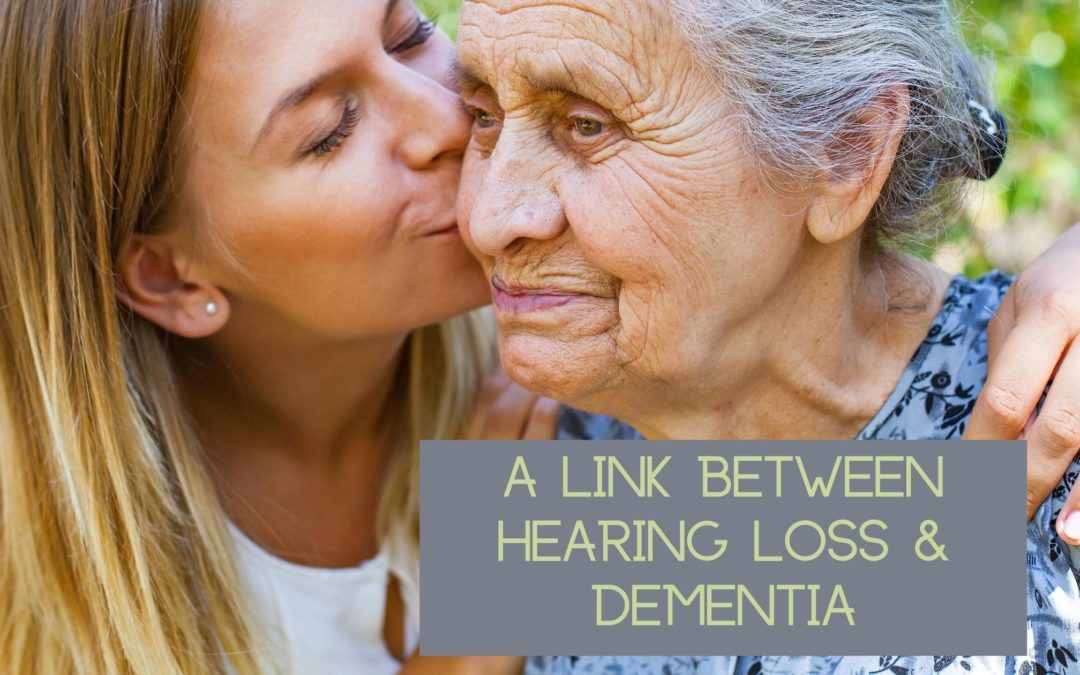 Many people think that hearing loss isn’t a big deal. Sure, you miss sounds here and there, but you don’t think it’s impacting your health. But the truth is that hearing loss plays a big role in brain health. In one recent study, Dr. Frank Lin and his colleagues looked at the connection between hearing loss and dementia. They had nearly 2,000 participants, most over the age of 75. During several years, they tested hearing abilities and cognitive abilities like memory, concentration, and planning skills.

In another study from 2011, Dr. Lin looked specifically at dementia. Similarly, this study found that hearing loss can lead to dementia. Compared to adults with normal hearing, adults with hearing loss had almost triple the risk of developing dementia.

How Does Hearing Loss Lead to Dementia?

Researchers say that hearing loss can lead to dementia in several ways. One link is cognitive load. Our brains have a limited capacity, and we can only process a certain amount of information. If you’re living with untreated hearing loss, much of your cognitive load is taken up with hearing. You use a lot of effort straining to hear. Then a lot of brainpower goes into interpreting the sounds you heard, as well as guessing about any missing information. Basically, when you put a lot of effort just into hearing, you don’t have enough capacity left over to perform more complex cognitive tasks like concentration, logical problem solving, or even encoding what you heard into memory.

Living with untreated hearing loss can also lead to changes in the brain. Auditory areas in the brain that aren’t being used can start to shrink or die. When these cells don’t get enough stimulation from the ears, it can lead to less gray matter in that part of the brain, increasing cognitive decline.

That’s because hearing aids help you stay socially and mentally active. Treating hearing loss helps your brain hear more of the sounds around you. Auditory areas of the brain receive more input and are less likely to shrink. Hearing aids also reduce listening fatigue. You’ll be able to hear clearly, and still have energy left over for other cognitive tasks.

If you notice any early signs of hearing loss, seek treatment early! The sooner you treat hearing loss, the more you can help your brain. Cognitive decline is usually a one-way street. It’s hard to regain the cognitive skills that you’ve lost, so treating hearing loss as soon as possible is the best thing you can do for your brain.

Not sure if you have hearing loss? Hearing loss can be a gradual process. You don’t wake up one day and suddenly have severe hearing loss. Instead, the daily changes might be impossible to detect. Your brain slowly adjusts to your new hearing, making it even harder to spot.